Xbox One Review (With games)

Several years ago, I promised myself that I wouldn't get one of the "new" consoles. And by new, I mean the Xbox One or the PS4. Why? Simple really; I'd just bought a P.C. and had no need for a dedicated gaming machine. Plus, the Big Wigs at Microsoft Xbox division were being so full of themselves that they had started to emulate the frat boys that often promote their brand.

A bit of extra background with the setup I have. I have the 1 Terabyte Forza console (which was Â£10 cheaper for some reason) which basically means when I press buttons on the console I get different noises, and the box itself is also a slightly weird colour blue.

I also have 4 games;

So, where to begin? Let's go with Graphics.

New consoles means better graphics (unless you're the Wii... BURN!). In the case of the Xbox One, this is definitely true. All of the games I've played have looked stunning. Battle Front, Tomb Raider, and GTA all look stunning. Big open areas. Shiny things are shiny. And so on. It's impressive what we can do now considering 20 years ago we were still limited to basic 3d games. Go humans. So this is an instant, but expected, win.

The user interface, that thing you spend a lot of your time dealing with between games, is just fuck off awful. I mean just the worst. It's slow, confusing, and downright weird. It's like I'm fighting it to achieve anything. For example, all of your "apps" are located at the bottom of a list. So each time you want to access one that isn't on the list of "last used", you have to wonder on down it. Doesn't sound so bad, but seriously confusing and frustrating. Especially as you can't arrange your apps either.

Next, let's look at the store. Scrolling to the right eventually gets you there. But lord knows how you find shit in there. Imagine a half finished game of mahjong, and you've got what this interface looks like. Tiles. Fucking. Everywhere. It's like someone was playing 52 card pick up and decided the interface should be modeled on it.

Overall, the experience is laggy. Hitting the big "X" button on your controller takes you to the home page. Cool, and useful. Double tapping it brings up a side bar over your game so you can view shit like friends and invites and messages. Also useful. Unfortunately this side bar is as slow as balls, and you spend half your time counteracting your own movements to get to the bit you want.

The layout of this side bar is also confusing, and results in a lot of faffing about to achieve the simplest of tasks.

All in all, it's a crappy experience that, for a company who's been in the computer business for close to 30 years, needs to be fixed and overhauled.

A console is useless if it doesn't have any games or apps. So let's take a walk through the ones I bought.

If you remember one of my older posts, I said I loved the first Tomb Raider because it was just silly but very entertaining. This one so far has been more of the same. And you know what, I love it for that! The graphics are stunning. The character performances are all great. And the set pieces are also pretty great too. So I'm very happy with this game. Would recommend (even though I've not finished it yet). 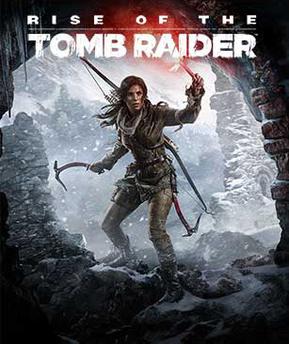 I've only had this a few days, and actually there is so much praise for this game that there's little point me adding to it. Go and buy it. It's pretty great.

Ahahahahahahahahahah seriously EA? Battle Front? Ok, yeah you can fuck off right now. This game is nothing like its predecessors. The name Battle Front is nothing but a cheap marketing ploy. This game has NO similarities to any of the battle front games. Let me explain; I was a massive fan of the previous Star Wars: Battle Front games. I played them for years. As did many of my friends. So when I found out there was finally a revival of the franchise, I was super excited. I think me and several friends literally, not figuratively, cheered in unison when it was announced.

So, when the beta was announced, I signed up and played it on my P.C. I was instantly in awe of how pretty it looked and sounded. It was like stepping into star wars. They nailed it. 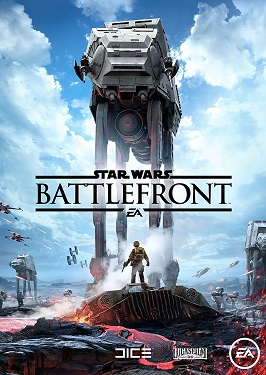 But very soon, it started to fall apart. "Where's the class system?" "What's with these cards? Why can't I just have grenades?" and "Wait, what the fuck are the tokens?"

I have several major gripes. Let's start with the first; ships. In the old games, the ships would be docked in locations where players could jump in and use. Multiple players could use them, and fill out extra turrets etc. This was great! But now, ships have been replaced with tokens on the battle field. They are hard to find (unless you already know where they are) and don't allow for coop at all. The ships themselves are nice to pilot, but other than dog fighting with your opponent ships, you can't do anything else. They can't really attack the ground, as they fly too fast. All in all, a pointless mechanic if you can't influence the ground battle.

My second major gripe is the lack of strategy. The designers went for "action matters" approach. This does work, and it's great fun to blast a load of opponents etc. But, if you want to coordinate, it's impossible. It's just two groups of players mashing at each other. In the older games, the battle field was more open. You could flank. You could hold ground in a defensive spot. There's none of that now, and the longativity of this game WILL suffer because of it.

Ok, I have loads more gripes, but here's one final one; DLC. The game is Â£50. The "season pass dlc" is another Â£37. That's Â£87 for a game. The DLC is maps and a couple of extra modes. Seriously, WHAT THE FUCK. There is NO single player. There is no justification except money grabbing. One day, and I suspect soon, publishers will fall on themselves with this model and video gamers just give up in frustration.

The more astute of you will notice that I was talking about the beta, and quite negatively, but still ended up buying it for Xbox One. Why? One simple, and annoying reason. It's kinda fun.

It's no strings attached fun. It's not deep. It's not clever. It's just... fun. But I don't see myself still playing this in a years' time. And instead over the years I'll probably become more bitter for what EA has done to this franchise.

One final addition; it's really slow to load on XBOX. It's much faster on P.C. 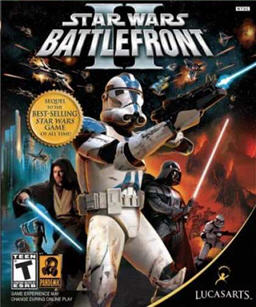 Wow I wrote a lot about that game. Sorry.

So, can I recommend the Xbox One? Sure. If you want to play games, and have friends who play then yes this console is for you. Other than that though, I'm not so sure. Maybe it's because I've become so jaded to the whole video game scene that I've just grown bitter. This time around, everything feels so uninspired. Kinda hoping Nintendo pull something out of the hat that makes us all excited again. Or VR actually happens. Either one.

The worst app on Xbox 360. Buggy, confusing, and just a crappy interface it's of course on the Xbox One. And although it's not quite as shit as the 360's one, it's still just crap. Come on Amazon. Your website is the most confusing website possible, don't let your new apps fall to the same fate.