Well, this is now the third attempt at writing this thing. It wasn't until i said "2016 Reto" to my girlfriend did i know how to structure and write this post without it coming across as totally depressing. So, i'm going to write it in the style of a "Scrum Retrospective"*.

For those who are unaware, its an Agile-Scrum management technique. And if that made no sense; in essence we get the team into a room once every 2 weeks, and we go through what went well, what went badly, and what things we could improve on.

So, with those three headers in mind, lets crack on with 2016!

From a personal point; 2016 was rather good. I met my girlfriend, I learned a load at work, I've moved into my own flat, written a whole load of code, attended multiple tech conferences, traveled around California in a van, saw my big sister get married, tackled my OCD, dungeon mastered a fair number of Dungeon and Dragon games, and a whole load of other things i can't think of right now.

In essence, quite a lot of cool things. Here, check out this cool picture of San Francisco: 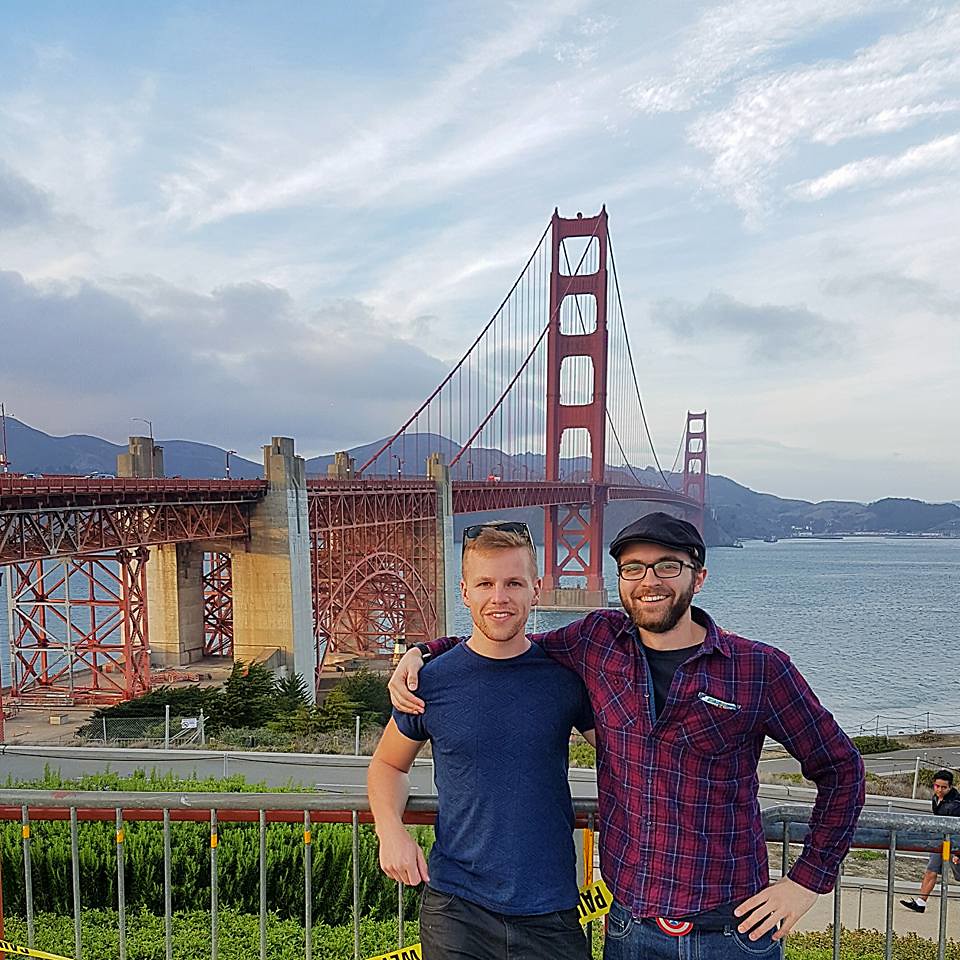 From a Video Game perspective, things have also been pretty good. Managed to play a few games such as The Flame In The Flood, Stardew Valley, and GTA 5. Oh and of course Pokemon Go, which i wasn't a fan of but it was rather great to have Pokemon be thrust into the public light again.

Films have been pretty great too. Deadpool happened, which no one thought it would and it was fucking great! Rouge One i loved, and glad to have a bit of Star Wars back in my life.

Books wise, i managed to FINALLY finish The Wheel of Time series, which was excellent. And also sneaked in The Martian too (highly recommend).

Trump and Brexit are the two obvious ones that come to mind. Brexit has thrown our political environment into total disarray, while Trump has shown that you can be sexist and racist, and still ascend to one of the highest stations in the world.

To me, these two events showed something much worse; how bad we are at communicating, especially when there are parties that are trying to withhold information.

For example, the DailyMail was totally pro-leave, to the point where facts didn't matter. They have now fully shifted into the position "opinion is fact", and should be treated as such. They've given up trying to create a line between the two. And the aren't the only ones to do this.

I think a great example of this was Corbyn. Though I don't agree with him as a party leader, it was interesting to see the media go totally crazy over it. The random and shit articles shared just to try and pursued people that he was "bad". Interestingly, this lead me to believe that social media had more power than was previously though and enabled someone who was so despised by traditional media to rise. This was a double edged sword though, as the concept of the Echo Chamber occurred. For those of you who are unacquainted with the term its the concept where all of your Social Media reflects your own views thus you end up in a sort of "bubble of news". Then of course, couple that with fake news, you've got a recipe for a hyped up collection of people all believing lies and not knowing what the hell is going on. And hence we entered into a "Post Truth" world.

And so Trump. And I'm not going into that mess without at least three shots of Vodka and maybe a couple of car-battery powered jumper cables attached to my nipples. A rusty car battery. And rusty cables.

Games had the standard COD crap that come out every year, as well as the mess that was No Mans Sky. Film wise, we had Batman Vs Superman. It was a mess. Lets not go into it.

On a more personal note, my grandmother died this year. It was rough, and i miss her greatly. Over the Christmas period my Granddad and Dad went out and bought two trees. We dug the holes, and planted them in her memory.

So, what are the things I'd like to improve on in 2017? This year i've made two New Years resolutions, and hopefully will stick to them.

As my ex-housemate pointed out to me, i seem to pick up a new project every week. New ideas take president over old ones, which is not good as i never get anything finished.

So Instead, this year I'm only going to allow me to work on 3 different projects at any one time. So, what are these projects?

Those are the 3, plus trying to blog a little more as I've sort of forgotten to over the last 6 months.

Have food in my Flat

I got into a crappy habit last year where I'd not have anything in the fridge, as i had a Sainburys local across the road. That meant i could go out and buy ingredients etc. whenever. I no longer have that luxury. Also, i found that i had less time at home, and less of a reason to be at home. Over the last 9 months, i felt as if I've not spent any time in my own flat. I need that reset time, and i plan to try and get it this year. Organisation is key.

So, that's 2016 in review. While a lot of it was doom and gloom, the world hasn't ended just yet. We should look to the future, and try and make it the best we can. Happy New Year everyone!

*Those of you who actually study Scrum, I'm aware this isn't quite accurate. But it gets the job done and that's what actually counts. No? Ok, process is what matters you Waterfall** loving corporate stooges.
**Waterfall is a software development methodology. Just, so ya know. Learnin' is fun and stuff.